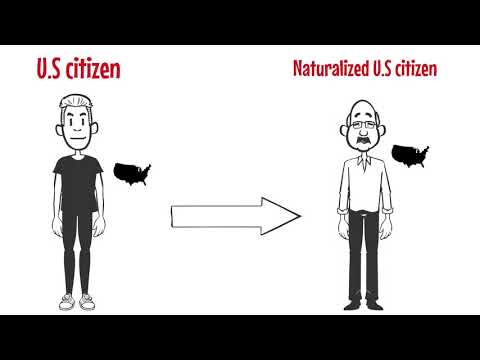 Could You Be a U.S. Citizen and Not Know It?

Can you be a citizen of the United States and not know it? You can! The Immigration and Naturalization Act (INA) grants U.S. citizenship to children of U.S. citizens born outside the United States. If you were born in another country, you’re automatically a U.S. citizen if one of your parents was a U.S. citizen who lived in the U.S. before you were born for at least five years, two or more of those years after they turned 14. You’re also automatically a U.S. citizen if your parent became a naturalized U.S. citizen before you turned 18, and you were in the U.S. as a lawful permanent resident living in the legal and physical custody of that parent at the time they were naturalized. This applies to children born in the U.S. and those born in other countries. Consult with an immigration attorney to discuss your case. For more information, read the full article on GetLegal.com.