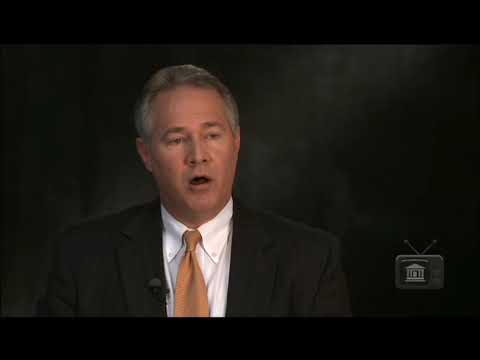 The grand jury process in federal court involves presenting evidence by the prosecutor’s office to indict someone, just like it includes the same thing basically in the state system. The difference is in federal court you present something to the grand jury and, of course, you’re going to have an indict in the federal system as opposed to the state system. One of the main differences is that as a defense counsel representing someone, you cannot present something to the grand jury specifically. You can try to get the prosecutor to back off or try to dissuade them from prosecuting your client or going forward on a grand jury presentation which is likely to result in an indictment being returned. But in the state system you can actually present some information to the state prosecutor who will then present it to the grand jury in the state court to consider along with their evidence that they’re presenting. So if you have something where somebody’s — is — stands to be indicted for some crime, and you think you have something that can dissuade prosecution by the grand jury, you can actually present your polygraph examination results, affidavits, photographs, transcripts of recordings, pictures, so on and so forth, to try to get the grand jury members to take that and dissuade them from prosecution. Now, in state and federal court both there’s nothing magical about the grand jury. You hear — again, you hear that term used on TV and different places, but it’s simply a probable cause finding, just a low burden of proof that the government has to make to show that there’s probable cause to believe that a crime was committed. But, again, if you can dissuade the prosecution or the grand jury in the state system from going forward and indicting your client, then you have killed the investigation, and it’s over at that point.