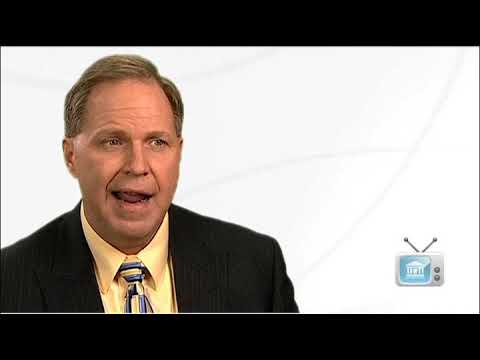 Search and a Lawful Arrest

There’s another search that police often use, and that’s called a search incident to a lawful arrest. And if a person’s been taken into custody, the power of the police to search them broadens greatly. Officers then have the right to search a person for weapons, of course, which they had before, contraband, or any avenue of escape, which could be something as small as a handcuff key. So a search incident to a lawful arrest — the officer has pulled somebody from the car, they have a traffic warrant for them or whatever. A search incident to that arrest can be highly intrusive, as intrusive as they see fit for it to be. They can go inside a person’s pockets, inside their purses, inside shoes, socks, things like that. Where I see most of the abuses by officers occur is back down the road when we were talking about pat-downs. They’re patting somebody down for a weapon, which is perfectly lawfully authorized, and then they stick their hand in the person’s pocket or, you know, into a sock or something like that. Once they do that, they’re violating the law. But incident to a lawful arrest, the police can conduct a thorough search of somebody. Vehicles also are the subject of searches a lot of times when a person is arrested. Usually, the officers will come at that under one of two ways. It will either be a search during — search incident to a lawful arrest, or most agency — most police agencies have written policies that are called, you know, vehicle impoundment policies. And when they — when they’re engaging in that, the police are saying, oh, we weren’t searching the vehicle; we were merely, you know, inventorying it, you know, as a proper procedure for impound to — we were doing it for this person’s safety, and we happened to find this contraband under the seat or in the glove compartment or something like that. And vehicle impound inventories are certainly lawful, and searches incident to a lawful arrest are certainly lawful. The only other way — well, there’s a variety of other ways the police can search. They can search under exigent circumstances. If there’s an immediate need — you know, they can show they had a reasonable — reasonable grounds for believing some contraband was present or there was something unlawful or some crime was afoot and there was no time to procure a warrant, oftentimes police can justify their search by going ahead and doing it. For example, you know, if the police are driving by in a residential neighborhood and they see a — what they believe is a marijuana plant on the front porch behind a screened-in area — well, if they’re sitting there waiting on a warrant and an occupant of the house comes running out, grabs the plant and runs inside, the police no longer have to wait for a warrant at that time. They’ve got exigent circumstances. They know there’s an immediate chance for this contraband to be destroyed, and they have to move in order to seize it. They can go ahead and do it then. But, again, that’s exigent circumstances. Other searches police can do — pursuant to probable cause. A lot of times if they have probable cause — meaning facts or circumstances to believe that some sort of criminal activity is afoot — and exigent circumstances, which we often see in the case of vehicles, then they can go ahead and search. A good example of that would be the officer that stops the motor vehicle and he smells what he believes to be burning marijuana emanating from the inside of the car. Well, if he just let’s that car drive off, obviously there’s going to be a chance — immediate chance of the evidence being destroyed. He can’t exactly say, “Wait here while I go get a search warrant,” and leave the motorist there and expect that they’ll be back when he comes back. So, again, there are exigent circumstances where they can go on and search absent probable cause — or absent exigent circumstances and absent a warrant. The courts really want officers, when they have the opportunity to do so, to get a warrant, because that’s what our Constitution requires them to do. You know, that, No warrants shall issue, but upon oath or affirmation, based upon probable cause. The courts don’t really want our police officers out here making these decisions on the side of the road unless they absolutely have to. They want an impartial magistrate to make the determination whether or not a search is lawful and permitted. Search warrants are a good example. If the police have — and the police are still, for the most part, pretty good about getting search warrants where it comes into — comes down to going into somebody’s home. Of course, that, we would all agree, is our most protected and sacred space here in this country. In order to get a search warrant to go into somebody’s home, the police have to have, again, probable cause, which is good, factual information from reliable sources. They have to take that probable cause to a neutral and detached magistrate, and they have to con