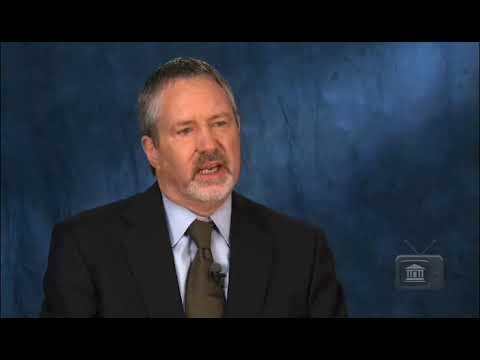 The attorney’s role in patent litigation

An attorney plays a very central role in patents. He can advise you — he or she can advise you whether you’ve got an idea that is worth patenting. They can make a search to see whether your idea is really new or whether there’s already patents in that area, also actually obtaining the patent. The patent document is a legal document. It’s quite difficult to write. It ends up with a series of numbered paragraphs called claims, and those are very important. They define the exclusivity of the patent. You probably have about as much chance of writing a good patent claim yourself as you do of doing your own kidney transplant, which is probably not something you’d want to do.