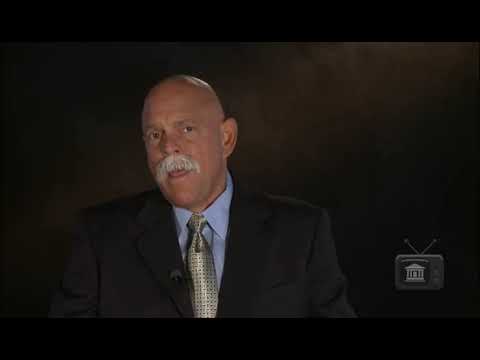 Nine-month-old Liam John died of asphyxiation in the safe haven of his baby’s crib on April 11, 2005. The drop rail had detached from its plastic track, creating a gap through which the nine-month-old boy slipped through feet-first. Instead of falling to the floor, which could have been bad enough, Liam’s head became stuck between the rail and the mattress causing him to be asphyxiated. Neither the manufacturer nor the Consumer Product Safety Commission had warned consumers or parents across the country about this potentially fatal flaw in Simplicity cribs. They did nothing wrong and did not contribute to their infant child’s death. The question is what did the manufacturer know about this potentially lethal defect, and when did they know it? Since Liam’s civil suit was resolved and the matter has been publicized, complaints about the crib rails have been received by the manufacturer. Warnings were not issued, however, until two more infants died. Further, two and one half years after Liam’s death, and after Liam’s civil products liability lawsuit was settled, the Consumer Product Safety Commission recalled approximately 1 million of these cribs. The problem is two-fold. One, the manufacturer either did not test the crib to determine if it was safe, and/or two, it knew of the defects that made it unsafe but marketed the product anyway without making warning of these lethal dangers. Liam’s parents’ inability to get sufficient answers from the manufacturer about how and why this tragedy occurred, forced them to file a civil lawsuit. That civil suit against the crib manufacturer most likely started like all civil suits: The manufacturer denies it’s product was defective; The manufacturer denies all of the allegations to that effect made in the lawsuit; and The manufacturer blamed the parents/Plaintiffs for their son’s death. The manufacturer refused to settle the case and forced Liam’s parents to endure the litigation for 2½ years. The frivolity of the manufacturer’s defense throughout the protracted litigation ultimately gave way to reckoning and reason, and the manufacturer paid to settle the case. That settlement agreement has confidentiality language that prohibits any party from disclosing the amount the manufacturer paid to settle the case. That settlement agreement also states that this settlement is not the manufacturer’s admission that it did anything wrong. Somehow, Liam’s parents’ found the strength and fortitude to wage the battle for justice for Liam. What protracts litigation and increases litigation costs and clogs the courts are these litigious practices of corporate America. Deny and delay is their mantra and modus operandi, and their battle cry is the plaintiff is responsible for their own losses, injuries and damages. The first defensive pleadings (called an “Original Answer”) filed in response to the initiation or filing of a civil lawsuit that deny all of the allegations lack any sound basis in fact or law. Corporate America forces the plaintiff to prove his case in the courtroom instead of resolving the case in the conference room. While corporate America should resolve civil litigation earlier, its denials have ultimately resulted in a safer American workplace, playground and family life. Decades of civil products-liability litigation has resulted in clearer, more-easily-seen and more-readily-understood safety warnings and/or modifications on virtually all machinery, firearms, food, drugs, and household products, to name a few. Neither Liam’s family or any other plaintiff whose personal loss has resulted in post-litigation improvements in our quality of life has asked for thanks or acknowledgement for these safety warnings and/or modifications. They remain anonymous as our benefactors. The trial lawyers who maneuvered their civil cases through the maze of corporate America’s denials and delays aren’t as fortunate. For their commitment to righting these wrongs and seeking justice for Liam and his parents, they are villanized. Corporate America will surely keep manufacturing products that injure, maim and kill people, and trial lawyers will always be there to fight for the victims.