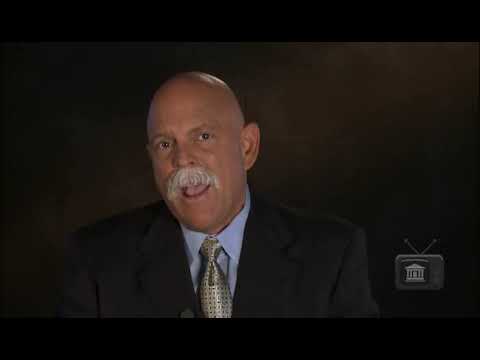 A November 5, 2007, Associated Press story reported that under government pressure, Bayer AG said that it was immediately halting worldwide sales of its antibleeding drug Trasylol. The Food and Drug Administration asked Bayer to stop selling the drug it approved in 1993 that it used to prevent excessive bleeding during heart bypass surgery, pending a detailed review of preliminary results from a Canadian study. This decision came only after a Canadian clinical study found Trasylol could be linked to a higher risk of death than other drugs. In a rare move, Mr. John Jenkins, the director of the FDA’s Office of New Drugs, said during a briefing that the “FDA cannot identify a specific patient population where we believe the benefit of using Trasylol outweighs the risk.” What prompted the FDA to act was its re-evaluation of the drug’s safety after the January 2006 publication of two studies that linked the drug’s use to serious side effects, including kidney problems, heart attacks and strokes. The 1993 approval was overshadowed by Bayer’s withholding one of those studies from the FDA. A Bayer company investigation later characterized the withholding of the study results as a “regrettable human error.” Not surprising, Bayer’s News Room page of Bayer’s website did not disclose that. Why would Bayer withhold this kind of information from the FDA? After all, its Mission Statement includes among its values, “integrity, openness and honesty”. Bayer’s Corporate Policy also states, in pertinent part, the following: “We believe our technical and commercial expertise entails a duty to contribute to sustainable development, a principle we wholeheartedly endorse, mindful of its social, ethical and environmental elements. In our awareness of our responsibilities as a corporate citizen, we define economy, ecology and social commitment as objectives of equal rank.” The answer is simple and can be stated in one word: PROFITS. By withholding damaging information about one of its profit centers, Bayer protected its profits at the expense of human life. Plainly put and restated, Bayer put profits over people. Bayer AG said it was a “regrettable human error” when it was caught withholding required information from the FDA and/or misrepresenting required information to the FDA that was material and relevant to the performance of the product. When viewed objectively from the standpoint of those Bayer executives who made the decision to withhold this important information from the FDA, it involved an extreme degree of risk, considering the probability and magnitude of the potential harm to those who were treated with Trasylol. To say it was simply “regrettable human error” is meant to soften any repercussion from their actual, subjective awareness of the risk involved, as well as their proceeding forward with those decisions with conscious indifference to the rights, safety, or welfare of those consumers who were exposed to Trasylol, not to mention the physicians who treated their unsuspecting victims–the patients–with Trasylol. We all understand and accept that to err is human. However, when corporations violate federal laws and regulations for no other discernable reason than its bottom line, it is neither acceptable nor human error. Further, good corporate citizens do not mask their misdeeds and malfeasance by minimizing them as human errors. Bayer putting “regrettable” in front of “human error” to soften the blow of its illegal, immoral and unethical activities is patently offensive, not apologetic; it is patronizing, placating, dilatory and evasive. It’s a shallow, shadowed, feeble attempt at putting a human face on its wrongs that it has committed against all of us. As a trusted corporate-America giant, whose over-the-counter pain reliever Bayer Aspirin is in every single American household, Bayer cannot be allowed to use such otherwise perfectly acceptable adjectives in such a patently offensive manner. “Regrettable human error” may be in some contexts, mere oversight, inattentiveness, or poor judgment. Not here: Withholding negative results of a scientific study that shows Trasylol causes serious, permanent and often deadly injuries is much more than mere oversight, inattentiveness, or poor judgment. It’s patently offensive. Corporations like Bayer AG cannot hide behind and be insulated by the thousands of people it employs from their unforgivable neglect and malice, acts and omissions. It’s not regrettable that Bayer should have to answer and take responsibility for its actions. My legal advice to you is simple: Before you tell any judge that your intentional violation of a federal law was simply the result of “regrettable human error,” make sure you have a new toothbrush with you.